We are a dedicated and skilled group of professionals who come from a variety of backgrounds and cultures, with diverse experiences and expertise that enrich the practice 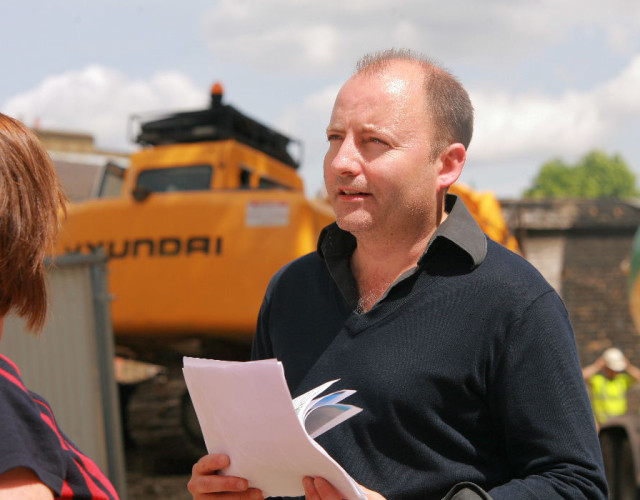 A founding partner in Fereday Pollard, Chris is a Chartered Architect and has over 20 years experience since securing professional RIBA Part 3 qualifications from Kingston in 1989. Much of this post qualification experience has been spent at a senior level and involved in developing and broadening the practices Clients base and range of building sectors that we now work in. With extensive experience in masterplanning, the planning process, procurement, construction typologies and building contract and law, Chris offers high level and strategic design guidance to our Clients and the practice on all projects that we are involved in.

Chris is particularly experienced at the pre planning strategic stages and through careful navigation of schemes that often include CABE reviews, stakeholder consultations and extensive local authority engagement is credited with securing exceptionally good planning consents for our Clients. Chris also acts as the overall protectorate of the integrity and the quality of the design vision of the work that the practice does and together with other practice directors will ensure that the design philosophy is not lost through what is often the protracted stages of the building process.

Chris is also a keen architectural designer with an all round knowledge of building in all its forms who maintains a hands on approach and remains closely involved in all the practices day to day operational structure and functions. 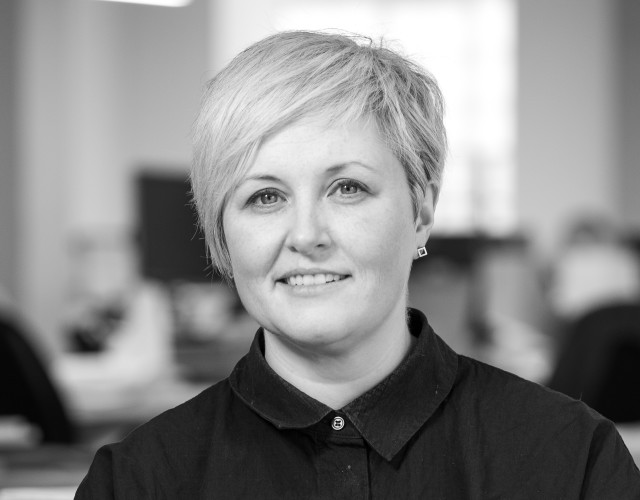 Clare joined the practice in 2003 becoming a practice Associate in 2007 and a Director of the company in 2012. In 2019 she was appointed to National Infrastructure Commission’s Design Group which is taking on the challenge of raising the design quality of all nationally significant infrastructure projects.

In her years with the practice Clare has accrued professional experience which is both broad and rich across a number of sectors ranging from transportation and infrastructure to education and housing. She is skilled in client and stakeholder consultation through projects as varied as Crossrail and Barnet Primary Schools.

With over 15 years’ experience on large scale, nationally significant transport and infrastructure projects, including Silvertown Tunnel, Crossrail and the East London Line Extension, Clare has developed a sophisticated working relationship between Architects, Engineers and landscape architects to produce and deliver world-class projects. Clare was recently appointed to lead the architecture and landscape team working for Highways England to develop the Lower Thames Crossing.

Over the past 10 years, Clare has been an integral part of the design team for Thames Tideway Tunnel – aka London’s ‘Super Sewer’. From initial design concepts for all 22 sites and areas of new public realm, through the DCO stage, and to her current role of Lead Architect and Client Design Advisor, Clare has set the standard for high quality design and excellence on all architectural and landscape elements across the project. 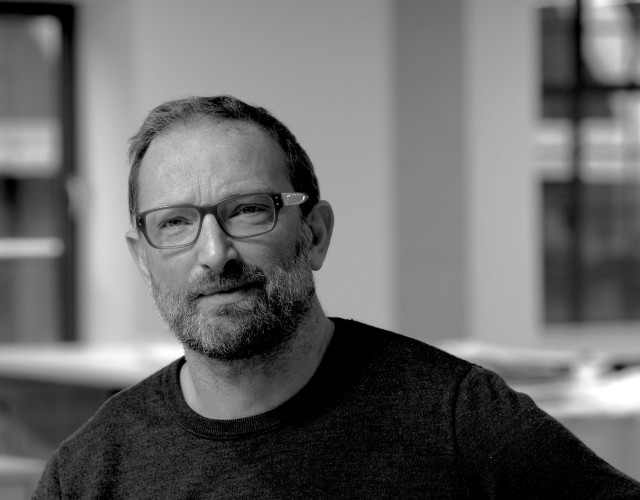 Jan Kroes joined Fereday Pollard in 2002 and was made a Director of the company in 2007. Jan leads the practices work in the transportation and infrastructure sectors, and has recently been a guest speaker at the RIBA's 'Designing For Three Communities' organised as part of the London Festival of Architecture. He was also invited to the Transport Museum's Friday Late: Urban Fabric event 'Designing stations for local communities'.

Jan holds a Masters Degree in Architecture from The Berlage Institute in the Netherlands and studied under Elia Zenghelis, Herman Hertberger and Wiel Aret. He built a full size prototype dwelling in Amsterdam with moving walls for flexible short term live work living in the ground of the former orphanage designed by Aldo van Eyck.

He subsequently collaborated on the publication 'Aan de Dijk Gezet' with M3H Architectuur & Wingender Hovenier Architects which investigated innovative ways of restructuring and building on the Dutch river dykes winning him the commission to develop new dyke housing with a Rotterdam based consultancy.

Jan has also designed and built furniture for clients in Amsterdam, Geneva and Treviso, and collaborated with Architects such as K2, 12PM, VMX and Big House. In 1997 he was invited to look at the regeneration of Heerlen in South Holland and won a government award for his studio work.

He has also supported the Berlage graduates and taught at Delft University and Architectural Academies in Tilburg, Arnhem and Amsterdam.

With Fereday Pollard Architects, Jan's work has won residential awards and he oversees the design development of numerous transportation and infrastructure projects across the country including the Thames Tideway project, Crossrail infrastructure, the East London Line OBC, London Overground at Old Oak Common, Cooling the Tube, rail infrastructure at Stratford Station for the Olympics and most recently the iconic Abbey Wood station on the South East Section of Crossrail. Chris is a director of Fereday Pollard with twenty years experience in the profession.

After having worked as a senior project architect in Aukett Fitzroy Robinsons transportation and infrastructure department, Chris joined Fereday Pollard in 2010 to lead our architectural team on National Grid's Phase 1 London recabling programme. Working directly for CH2M Hill/Halcrow and as part of the successful Costain and Skanska contracting team, Chris has headed the project through planning and detailed design stages, co-ordinating the architecture and engineering interface to deliver designs that are robust, operational and elegant, all in equal measure.

In previous years Chris had been closely involved at senior levels on many landmark London stations such as Camden Town, Southwark and Farringdon where he was responsible for a wide range of roles including concept and detailed design, DDA and step free compliances, fire and evacuation strategies design assurance documentation and submissions processes and over site developments.

Since joining Fereday Pollard, Chris has demonstrated a complete capability to design and deliver projects and to lead teams. In recognition of this, Chris was made an Associate of the practice in 2012 and a Director in 2017. 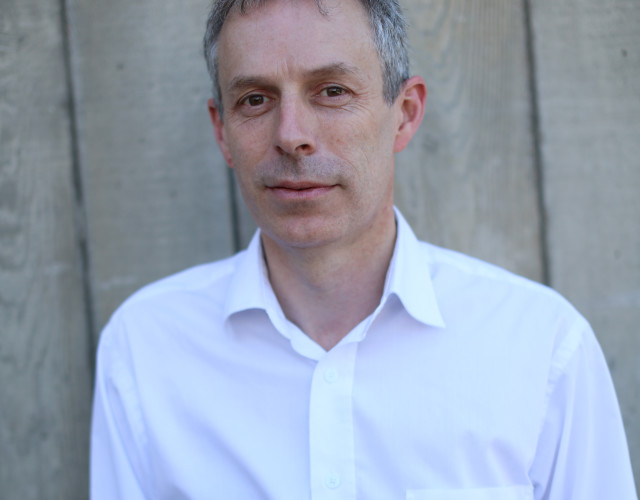 A very experienced and senior project architect, John has been with the practice since early 2011 and appointed specifically as lead architect on the new station and urban realm that we are designing at Abbey Wood on the south east spur of the Crossrail route.

With many years spent working in the high profile and exacting environments of design studios like Foster and Partners, MacCormac Jamieson Prichard and John McAslan, John is a very capable and inspiring designer with a great eye for detail. In recent years John has been involved in some of Londons most significant transportation and infrastructure projects such as Bond Street Station on Crossrail, Kings Cross Station and the Jubilee Line Extension at Waterloo, London Bridge and Southwark Stations. Previously John was involved in other more regenerative and commercial projects such as the new BBC building in Portland Place and mixed use developments in London's West End.

In all these projects John has worked in a senior and lead position and played an instrumental part in the design and delivery processes. With this background, John has developed and honed an in depth understanding of all stages of the project from the concept design stages to the preparation of complex construction packages for tender to the on site construction phases.

At Fereday Pollard, John has formed a close working relationship with Balfour Beatty Rail, our Clients on Abbey Wood and with the wider Parsons Brinkerhoff engineering design team, in which John takes plays a key role. Having, successfully delivered Grip Stage 4 on Abbey Wood for the practice, John is continuing with ongoing design development and co-ordination in preparation for Grip Stage 5 and the later site construction stages. With a combination of fine art and graphic design qualifications, Hilary has mixed her prescriptive and logical office administration skills with these artistic influences and successfully run and managed the office in all its forms since 2009.

With a seasoned eye for art and design, Hilary has managed to provide a new and vibrant dimension in how the practice produces much of its identity artwork and documentation, bringing a fresh and dynamic influence to the traditional status of an office manager. 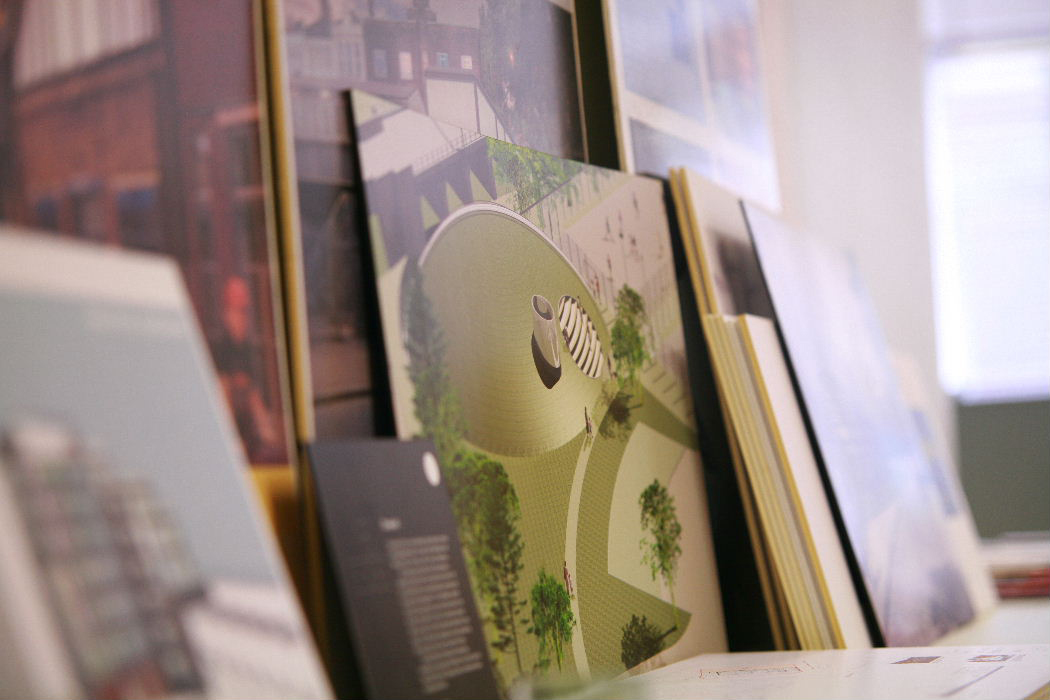 Combined with formidable skills in accountancy and administration, Hilary now runs the sizeable office operation and provides vital support to all its personnel with great efficiency and thoroughness, providing the infrastructure for the practice to grow and develop from. Formally educated at the Mackintosh School of Architecture in Glasgow, Graham is one of our senior project architects with over 20 years experience in designing, detailing and delivering high quality buildings. With a background of working with some of Londons most notable architectural practices such as Hopkins, Wilknison Eyre, Stanton Williams and RMJM, Graham has completed projects in the UK and overseas across a broad range of building sectors including transportation and infrastructure, commercial, sport, academic, cultural and museum, leisure and residential categories. Such projects include the Waterloo Underground Station, Camden Town Station, Herons Quay on the DLR and the Ferensway Transport Interchange, the Magna Science Centre, the Science Museum in London, the Pure Cricket Stadium in Mumbai and the Millenium Seed Bank at the Royal Botanical Gardens, amongst many others.

Graham has also a background in master planning and major redevelopment scheme planning including designing sustainable communities with integrated landscaping such as Cairo Future City Masterplan and Leith Docks in Edinburgh.

Graham has considerable 'hands on' experience at all stages of the design and construction process which he combines with many years of leading design teams, co-ordinating complex projects and deliverables and running budgets and programmes. Graham also has a fundamental understanding of the micro detailing required to ensure the successful delivery of both new and contemporary buildings and existing historic structures.

Graham joined the practice in early 2011 to lead our team on the detailed design phases on the Thames Tideway Tunnel for Thames Water and CH2M Hill and remains a pivotal figurehead for the design team as the project nears the tender issue in 2013. Richard has over 21 years of continuous experience in practice and 14 years experience as a senior architectural designer and project leader. He has worked in a variety of sectors in leading architectural practices including Nightingale Associates, Rick Mather Architects and A-EM Studio.

Richard joined Fereday Pollard Architects in 2006 strengthening our practice through his experience in running projects through a wide range of procurement routes including Traditional Contract Forms through to Healthcare PFI.

Richard became a practice Associate in 2012. He has worked in a number of different sectors including transportation, healthcare, residential and complex engineering led projects many of which have required him to integrate landscape design inputs for infrastructure.

At Fereday Pollard, Richard operates in a senior role, both running and overseeing projects as they progress through the stages and applying his many years of technical experience to the design and delivery stages.

Richard also runs the practices specification production and as an experienced specification writer himself on a number of highly complex projects, is ideally placed to implement and oversee. Richard co-ordinates and advises the practice internally on CDM, Health and Safety and on environmental issues.